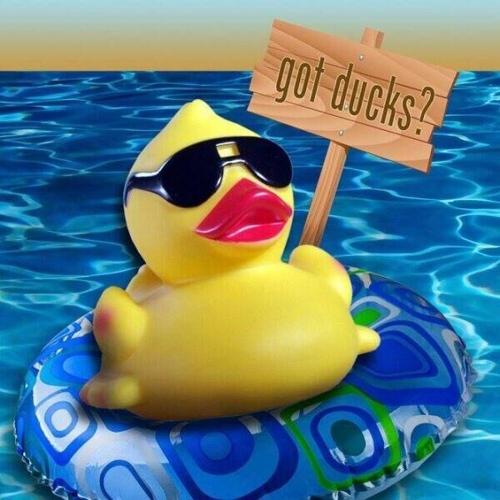 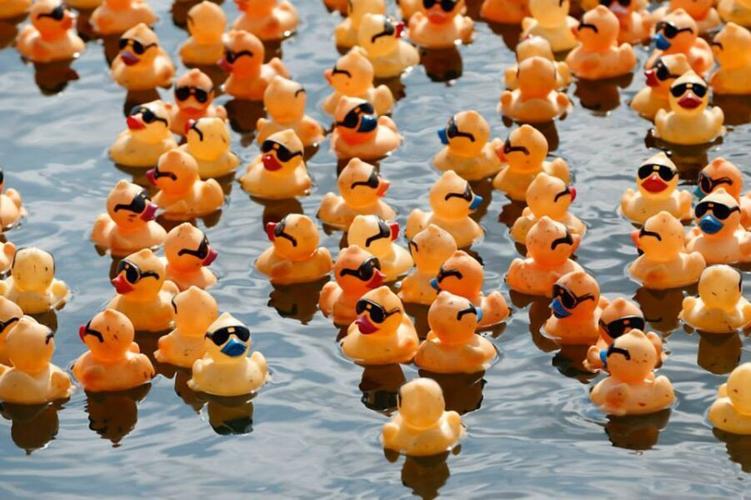 Ducks float  in the safari. 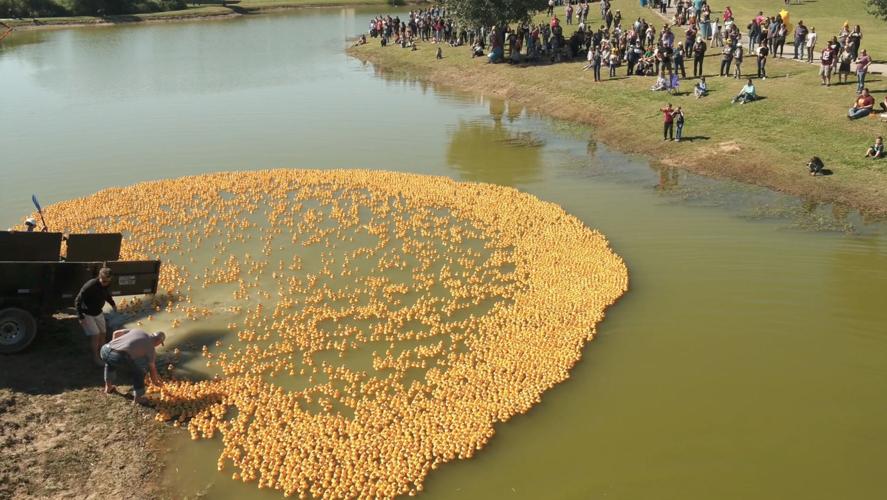 Thousands of rubber ducks are released in the Duck Safari. 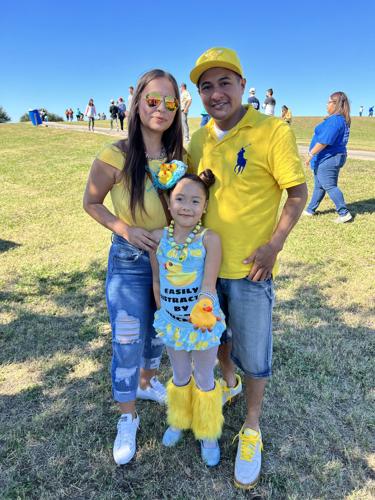 A family dresses in yellow to support the Duck Safari. 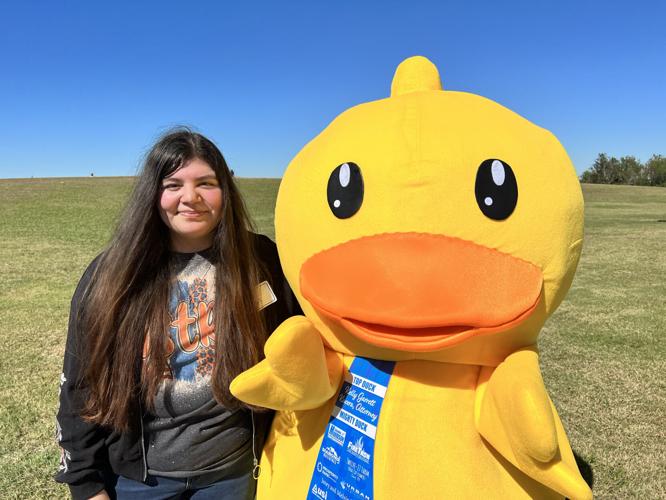 When you think of rubber ducks, you might not be thinking of break-neck speed and photo finish races — but that means you haven’t been to the Victoria Duck Safari. On Oct. 29, thousands of bright yellow ducks will brave the waters of the lake at Ethel Lee Tracy Park, vying to win their  sponsors thousands of dollars.

On second thought, that might be a slight exaggeration in the intensity of the event, but what it lacks in checkered-flag intensity it makes up with live music, family fun and cash prizes.

This year’s iteration of the event, put on by the Victoria Symphony Society, will be the third since it started in 2020. That year, the symphony’s board of directors was in a difficult situation: how do you bring people together for a fundraising event when a pandemic makes it impossible to bring   people together?

Their answer was small, bright, and squeaky. People could “adopt” a duck competitor for $5, and if it finished the race in the top 10, they’d win a cash prize. That year’s race was held on the Guadalupe River, and it was a resounding fundraising success. It raised over $12,000 for its non-profit partners, said fundraiser’s chair William Myers.

The event didn’t just bring the community together during the craziness of the pandemic, but it also brought together the usually-separate fundraising efforts of Victoria’s nonprofits, one of the event’s goals.

“It’s always a focal point for me to try to see how we can bring folks together, rather than having all these wonderful nonprofits work independently, when there’s a lot of synergy that could be of benefit,” Myers said. “And so my long-term goal for this would be to really... focus it more on the exposure of our participating nonprofits.”

Thankfully, things started to normalize a little bit in 2021, so the society decided to make some changes to the event, growing it from just a duck race into a full family-friendly event.

The river flooded that year, forcing the event to move to its current home at Ethel Lee Tracy Park.

Since the public was able to attend in 2021, organizers added live music and food to the agenda. The Jerry James Band, a local group, performed, and local food trucks fed the crowd. The fundraising numbers weren’t quite as high that year, which Myers attributed to the fact that the world had wound down a little after COVID-19, but the event still raised over $10,000.

The duck-related festivities will continue this year. The 2022 edition is scheduled for Oct. 29, a little earlier in the year than before. That change in date means the safari’s organizers are planning to expand the event even more. Since it’s right before Halloween, the plan is to incorporate the holiday into the fundraising efforts and hold a trunk-or-treat event for kids, with candy and costumes.

Activities include live music and food trucks, like in last year’s event, as well as thousands of dollars in prizes for the top 10 ducks. The grand prize, for the winning duck’s owners, is $5,000. A computer program randomly assigns people their ducks, Myers said, so don’t worry about anyone getting a head start.

So far, 27 nonprofit organizations are on board for the 2022 race, with more to be announced. The benefactors range from performing arts groups, to museums, to schools, all set to profit from Victorians’ duck adoptions. “Duck season” — that’s adopting ducks, not hunting them — starts six weeks before the race, giving everyone plenty of chances to grab a rubber competitor.

Would-be adopters can get a duck through their favorite nonprofit partner on the safari’s website, which even helps the nonprofits beyond the $5+ donation. Each nonprofit gets the contact information of the people who adopted their ducks, meaning they can reach back out to see if the individual wants to get more involved with the organization’s goals, whether it be educating kids or feeding the less-fortunate.

The organizers say the community feedback from the last two years has been positive.

“When you dump 10,000, 15,000, rubber rucks into a piece of water and watch it move towards a finish line, it’s kind of hard not for your inner child to come out,” Myers said. “And so I say the kids love it, but really everybody loves it."

Michelle Hall never set out to lead the Victoria Symphony — in fact, when she and her husband moved to Texas  more than 20 years ago, she didn…